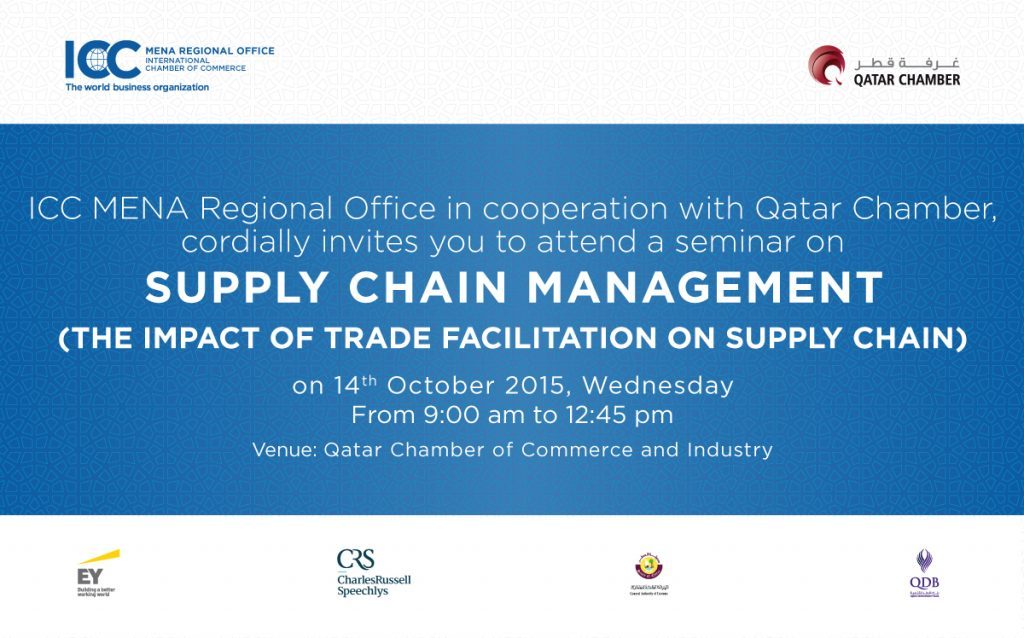 A workshop on the “impact of treaties that facilitate international trade on the flow of supplies” has been held at Qatar Chamber (QC). It was attended by international experts in the field along with e QC officials and members and officials from the General Authority of Customs and banks.

The workshop was organized jointly by QC and the International Chamber of Commerce, aiming to enhance the knowledge of the business community in Qatar of related issues.

In his keynote speech, Qatar Chamber Vice-Chairman Mohamed bin Twar said that the Chamber is very keen on holding these seminars to provide full awareness for business community about the best practical trade policies. This would mainly help the private sector maximize its contributions in the GDP.

Treaties that facilitate international trade would reduce the cross-border trade costs between 12.7% to 17.5% , as the cost of documenting transactions reaching 3 -10% of the total cost of the good, he noted.

Jabor Al Sulaiti , Customs General Authority , paid tribute to Qatar Chamber for organizing this seminar saying:” There is a close cooperation between the Authority and the Chamber reflecting the State’s policy towards supporting the business community.”

The Authority is working very hard on Al Nadeeb System that enables importers and customs clearance representatives to obtain full knowledge  about customs definitions and electronically fees accounting through a single window , he added.

For his part , Adam Risborg ,Director in EY’s Supply Chain & Operation Practice in the Middle East , said that supply chains could help in GCC economic diversity especially under the current fall of oil prices.

Risborg hinted that there are obstacles facing supply chains such as customs procedures , transport , infrastructure , logistics and investment environment.

Gavin Rennie , Power & Advisory Services at EY,  confirmed the importance of Private Public partnership (PPP) that would overcome these obstacles .

Governments , he noted , should create new strategies and clear work plans  to facilitate trade and to solve those obstacles . Economy diversification is a core element in the sustainable development , he assured.

Paula Boast , from Charles Russell Speechyls, said that the international treaties add more control on the international law and reduce the trade costs . If governments fulfill the International Labor Organization Agreement ,costs of trade across borders would decrease by 13% in developing countries, she said.