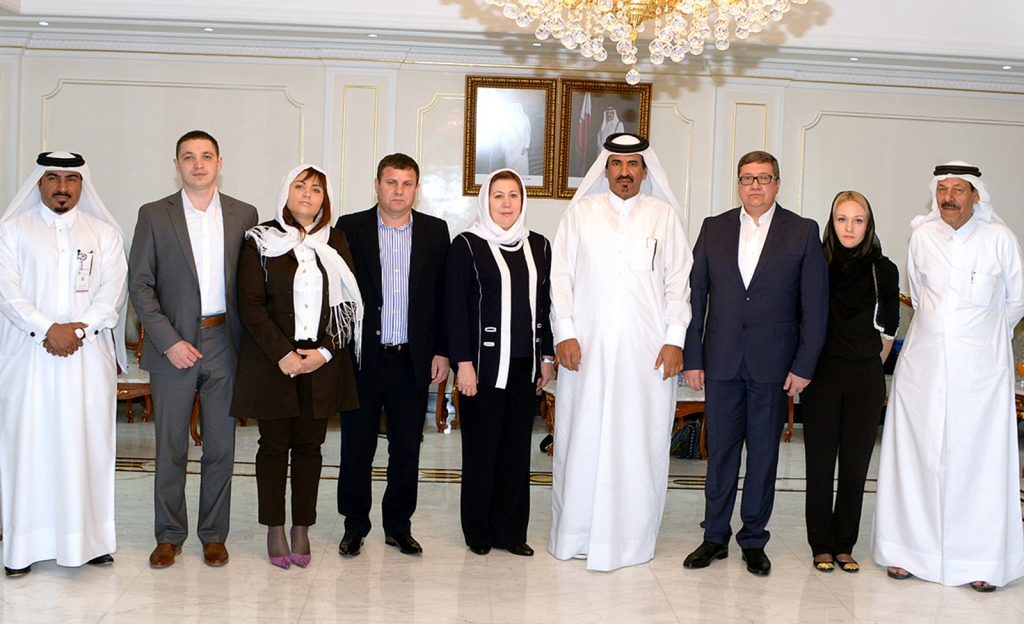 Qatar Chamber (QC) and the visiting Moldovan trade delegation discussed ways to enhance economic relations between the two sides . QC Vice-Chairman Muhammed bin Ahmed bin Towar Al Kuwari and the President of the Moldova Timpul Business People’s Club Igor Krapivka, who is also head of Moldovan delegation along with a number of businessmen from different sectors of the both countries, attended the meeting.

Krapivka said that the time has come to strengthen economic ties between the two countries, expressing the hope that the upcoming period would witness new economic partnerships between Qatari businessmen and their Moldovan counterparts as the State of Qatar is witnessing a set of major projects that any investor desires to invest in.

He added that his country’s relations with Qatar is witnessing a remarkable progress, especially since his visit to Qatar in 2010.

Krapvika gave a background about Moldova Timpul Business People’s Club, explaining that it seeks to gather representatives of leading Small and Medium-Sized Enterprises (SMEs) to create investment atmosphere in Moldova by presenting proposals and amendments of the draft laws and decisions concerning investment, hold meetings between Moldovan businessmen and their counterparts from all over the world.

The Head of Moldovan delegation extended an invitation to Qatari businessmen to visit his country to learn about existing projects and discuss partnerships between businessmen of both countries.