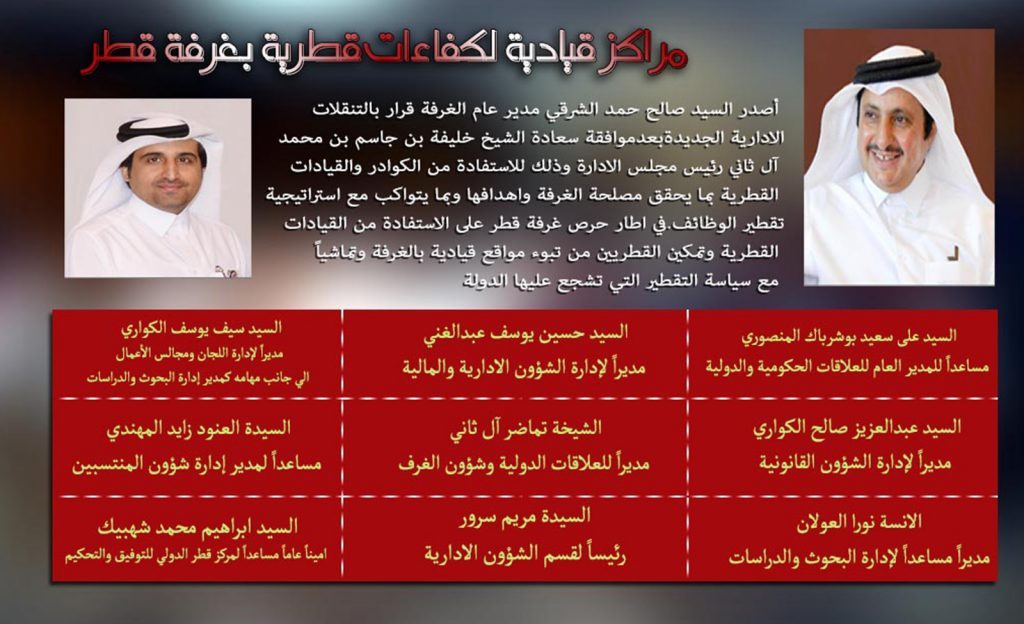 A statement issued by QC stated that these appointments are part of Qatar Chamber’s efforts to enable Qataris to take leadership positions in line with the policy of the government.

Sharqi said the appointments were made after the approval of QC Chairman Sheikh Khalifa bin Jassim bin Mohammed al Thani.

He stressed that one of the most important goals of QC is to enable Qataris with efficiency and commitment to help achieve the vision of the institution. Sharqi said the strategy of QC focuses on youth and women and the development of their skills through training in line with Qatar National Vision 2030.

“QC gives great importance to women and support them, both in the business community and the labour market. The new appointments took into account this aspect and included a number of women cadres believing the importance of the role played by women in society,” he added.